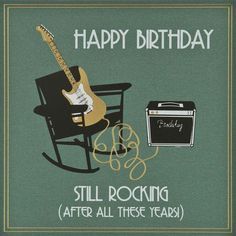 1. When was the last time you went swimming?

2. What is the last thing you planted?

Official synopsis: A businessman accidentally kills The Metal Fetishist, who gets his revenge by slowly turning the man into a grotesque hybrid of flesh and rusty metal.

Somehow I managed to find this movie with just the synopsis of "man suddenly begins to transform into an iron monster." So I was completely unprepared for a metal fetishist, the surrealism and the over-the-top body horror coming right for me (much like the giant drill-penis)

I made it 14 minutes before I realized I had no idea what I wss seeing or what to expect. I was still perversely intrigued even though body horror is not my jam. Fortunately, I remembered Joe Bob Brigga showed this movie as part of his Drive-in series. The episode begins with him announcing

"Every once in a while we're required to show a film that doesn't makes one lick of sense..."

Just hearing that and his occasional recaps of the best guess as to what the FUCK just happened helped me through this non-linear, hallucinatory, so so graphically, gratuitously gross flick.

In the end, Joe Bob summed it up nicely with:

"Imagine meeting the director in a bar and you say "Shinya, you're in the movie industry. What are you working on?"

Then Joe Bob looked at the crew and asked "That about sum it up?" and you hear the crew muttering "Yep."

I'm not entirely sorry I saw it, but I don't think I will recommend it.

What is the name of Hermione Grainger's cat?

What was the first Pixar movie?