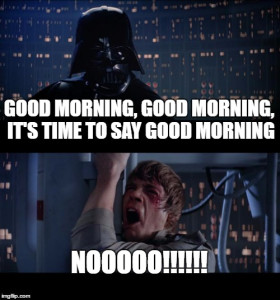 1. When was the last time you got a hair cut?

2. Have you ever gone canoeing?

3. When was the last time you went to a food truck?

this is the PSA our Mastery Series kids wrote 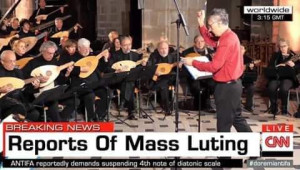 But they all boiled down to the same thing....creativity!

Our Fairy Tale Theatre kids did their first performance today. They've been rehearsing the show for 3 days. The super hero play I'd thought would be fun turned out to be far too challenging so I pulled out a substitute when I got there Wednesday. The main director got drafted to be in the play so I got to direct this one.

They did a really great job! We taped it instead of trying to go live. It took us three takes to get it. We hsd to stop the first one when Cow decided, inexplicably that she had to back "off stage" and she ran into the chair marking the edge of the playing area. Luckily she was more confused as to what happened than anything else.

They are going to do a new play all of next week. All of the 4-character scripts I have been able to find on my favorite free site are pretty mediocre at best - too much stilled dialog and too little action. I finally found one I really like but it is only two pages. I was gearing up to decide if we were going with the script which, every time we have read it, some child has informed me is boring or a new one that wasn't much better to pair with the good one when I saw something wonderful...

See, the first script is supposedly based on stories about a Sufi philosopher. One of them is actually a short fairy tale I was considering adapting for our final week. There are thousands of these stories, they say, and the "40 more stories" are barely scripts. It is practically a joke book. I read a couple to

lonelydumptruck and he said "Um. You know that's an old vaudeville sketch, right?"

That's when the penny dropped.

I don't have to write a short script for these kids. Instead, why don't I just adapt some of these and some more traditional vaudeville skits? They can be quick 6-line, 2 person bits and the kids get to lesrn about comedy styles and have a lot to do.

Yep, I talked myself into writing 10 or so short skits this weekend and I am so excited!
Collapse