1. Have you ever used a manual typewriter?

2. Have you drunk enough water today?

3. What is the oddest thing you have ever eaten and loved?

I just saw someone post they are going on a trip on the 20th if July. Honestly, that typo may be the truest thing I have seen in a while. 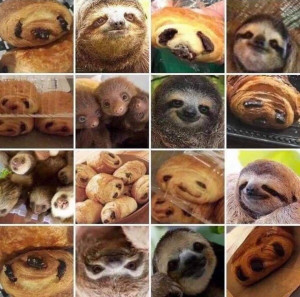 See if you can guess the catagory!

It's been a rough few days. We knew this first Father's Day without

lonelydumptruck's Dad was going to be terrible and I was kind of geared up for that.

Sunday we kept busy (and tipsy) enough it was a good day. We recorded an awesome D&D game with

lilbluegnomeo and Mike D. Frank and Abernathy's players couldn't be there so when Sid logged in to be an audience member we drafted him to play one of the Airship"s crew.

We spent 2 sessions battling giant dire wasps. Mike D had big plans to kill us all (being the Dungeon Master) but

monkofsilence rolled like a god and by the time we hit pause only a couple of our dire gorilla allies are dead. But the guns are all overheated and the Queen is yet to come! Mike D might have us this time!

(For newcomers, our podcast is Airship of Fools and you can find us here: https://airshipoffools.podbean.com/)

lonelydumptruck's brother Jay and Mommie (as I call my mom-in-law) came over briefly for a cookout. Lori-O brought lobster and Jay kept cracking jokes about how well it went with the baked beans.

Mondsy was our first day of Jr Conservatory. We were supposed to have two separate groups. Junior and Fairy Tale, but our main Fairy Tale director was out on a camping trip and a couple kids couldn't be there so there were few enough kids we could combine the groups safely. We only had one little girl have a sobbing meltdown because her mama couldn't come in the building with her (Covid protocal) but by the time we were done with warmups she was taking part and asking questions.

lonelydumptruck like a truck and he was texting me that he was not doing well by 10am. Luckily I was kind of redundant so my boss suggested we just start our new schedule this week (I work full days Wed and Thurs and we split Fridays) so I could go home.

I spent the day sitting with him while he tried to work and hate-scrolled through Facebook reporting racist memes. I was just grieving, hurting and feeling foul so I took it out by being bitchy about people being assholes.

We were stepping out to visit Jay and his lady-friend when I saw the post about Matt's death. It was still a nice visit but there wasn't much to do besides watch some Schitt$ Creek and go to bed early to put the day out of our misery.
Collapse