So, this was an actual, honest ice storm!  Roads were closed all over town.  The State Troopers issued a statement describing the roads as "absolute crap".  I called the Performing Arts Center to see if they had heard anything from the Orchestra about the show going on tonight.

The receptionist told me all the roads going into downtown were closed but they hadn't been able to get in touch with any one from the Orchestra to officially call it, so she put me through to the president of the Performing Arts Center who told me to call again in an hour.  By that point it was time for me to leave.  It took 20 minutes for Lindy to think about defrosting.  By that time, Golden Toy was also leaving to he helped me scrape. 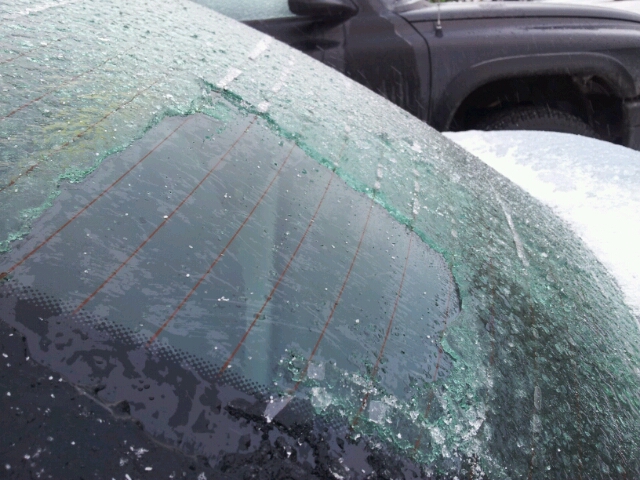 That is how thick the ice was.And I'm still waiting to see if the show will go on.